The case dates back to 2009, when some folks asserted that Right-To-Know laws meant they could demand home addresses and phone numbers for teachers. The state teachers union fought the issue, but the lower court ruled that teachers should have the right to argue why specific their own personal info should be denied. But that was it, and it wasn't much. PSEA appealed. 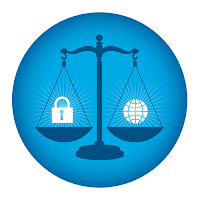 Now in a unanimous ruling, the state supremes have ruled that a school district is not a directory service. And they've said in language that has some other clear implications. Here's how Emily Leader described the ruling in an e-mail to Pennsylvania School Board Association members:

The Court held individuals have a constitutional right to privacy in their home addresses under Article 1, Section 1 of the Pennsylvania Constitution.  In general, individuals have a right to “informational privacy” which may not be violated unless this right is outweighed by a public interest favoring disclosure.”   The Court found that in this case there is no public interest in disclosing the school employees’ home addresses in response to this request which outweighs their interest in privacy in their home addresses.  It noted, “To the contrary, nothing in the RTKL suggests that it was ever intended to be used as a tool to procure personal information about private citizens or, in the worst sense, to be a generator of mailing lists. Public agencies are not clearinghouses of “bulk” personal information otherwise protected by constitutional privacy rights.

Does that seem a little broader than just employee's home addresses? It looks that way to PSBA, too. Here's their advice for how school districts should deal with the ruling:

If someone asks for individuals’ private information which is in the school district’s possession, you should deny the request unless the requester provides sufficient information to establish the public interest outweighs the privacy interest. Remember that things like salaries and other compensation are public.  However, home addresses are not.  We do not have an exhaustive list of what is covered and what is not covered by the right to informational privacy. For those non-lawyers receiving this, you will certainly need to get legal advice when you want to assess whether informational privacy rights are implicated by a request under the Right-to-Know Law.

In the opinion, the court looks back at the history of privacy cases in PA and the history of ruling the right to privacy part of the basic rights to life, liberty and the pursuit of happiness. The court also throws in a mild scolding for the Office of Open Records.

We must remind the OOR, however, that the unique procedural posture of this case, including its status as a party-defendant, is the result of its repeated failure to promulgate adequate regulations to address the almost complete lack of procedural due process for individuals whose personal information is subject to disclosure under the RTKL.

This is followed by some choice excerpts from the Judge's Spanking the OOR Greatest Hits, which translate roughly as, "If the OOR wasn't such a half-assed lazy crew that counted on everyone else to do the hard part of enforcing the law well, we wouldn't be here."

It should also be noted that the Right To Know Law in Pennsylvania is always being bullied and whittled away by the public entities (including school districts) that would rather the press and the public didn't know certain things, so any ruling that puts another leash on the law is not an unmitigated win. This ruling will provide the basis for a lot of necessary privacy protection, but sooner or later some dipstick is going to try hide some sort of misbehavior behind it as well.

As a postscript, we should also note that the ruling re-asserts the principle in PA that breaches of privacy are supposed to weigh public benefits against private costs, and that principle certainly takes a beating any time someone wants to argue that all sorts of student personal data and testing data and God-knows-what-else data should be hovered up and handed over to testing companies and whatever other entities they choose to share/sell it to.
Posted by Peter Greene at Wednesday, October 19, 2016