How To Buy a School System

For many Reformsters, education is just too valuable to be left to democratically-elected citizens.

When Washington state voters rejected charter schools three times, charter backer Nick Hanauer put a call out to his billionaires, and a great wave of money washed the 2012 charter bill over the finish line-- because when the voters have spoken, it's important to get enough money to speak louder. Reed Hastings (Netflix) famously believes that democratically-elected school boards need to be pushed aside, and has said that part of "the importance of the charter school movement is to evolve America from a system where governance is constantly changing and you can’t do long term planning to a system of large non-profits."

We're at a place where a small group of Very Rich Individuals are intent on commandeering many parts of society-- including education.

In Newark, charter advocates tried to buy a mayoral election so that charter-friendly policies would stay in place.

In Los Angeles, charter advocates threw money at school board elections and packed half the seats of the board with their own buddies.

In New York, hedge fundies spent huge dollars to earn the charter loyalty of the governor.

Even tiny Perth Amboy saw huge outside spending on a local board race.

Occasionally the curtain is pulled back. Families for Excellent Schools joined other rich funders in a losing battle to advance the charter cause in Massachusetts. Then, in an additional defeat, the group was forced to pay a huge fine and in the process had to reveal its donors. 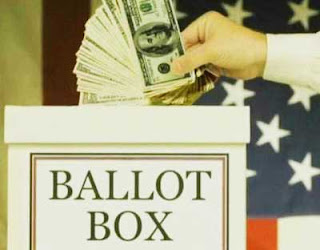 Often these stories are revealed one small piece at a time, or stretched over the interminable length of a modern political campaign. But now the Network for Public Education has done the homework, gathered the information, completed the research, and released a report that tells the stories of elections swamped in billionaires' money. The new report, "Hijacked by Billionaires," is available on line at the excellent cost of Free.

At over 100 pages, the report is rich with well-sourced details, including nine case studies, each showing what happens when Reformsters decide they'd rather just spend money to take control of schools systems.

There's a lot to chew on. There's a list of the billionaires who appear in more than three of the nine stories, and just scanning that list creates a picture of people who are dropping millions of dollars into political races-- school board races!-- hundreds of miles away. Reed Hastings has spent over nine and a half million dollars just to disrupt and attempt to control the outcome of elections. There are eighteen entries on the list, including full families like the Walton and the Bloomberg family (yes, of course Bill Gates is on the list). The sheer volume of money involved is staggering.

Each of the nine stories is striking in its own way. Remember when Shaver Jeffries, now head of DFER, ran for mayor of Newark against Ras Baraka? There was sooooooooo much money spent on that race to back Jeffries, much of it raised by Whitney Tilson and DFER.

The contributions are laid out in charts-- sometimes very long charts-- along with well-researched tales of the campaigns themselves. There's a lot to take in, and the report is a little depressing to read all in one sitting. But it is well worth seeing what's behind these rich folks who like to complain about union influence in elections, or how badly picked on they are by independent bloggers. This is just one more tentacle of the privatization octopus, and as distasteful as it is to see, we can't afford to look away. Read this report.


Posted by Peter Greene at Wednesday, September 12, 2018
Email ThisBlogThis!Share to TwitterShare to FacebookShare to Pinterest