How Much Democracy Is Too Much?

The march of market-based education reform has come in lockstep with an assault on democracy. From Philly to Detroit to Chicago, the repeated policy message has been that Some Folks really shouldn't have democracy, that Some Folks need to have things decided for them. Of course, Some Folks invariably turn out to be non-wealthy, non-white folks. If you are poor and black, democracy is apparently a luxury that you do not need. 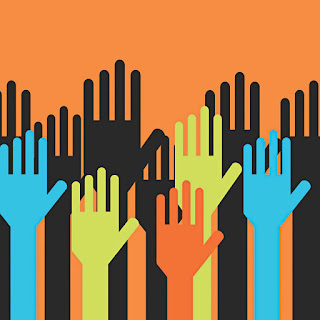 Reformsters have made the case for this silencing of black and brown voices in a variety of ways.

Democracy, they may argue, is not really democracy because school board elections are dominated by teachers unions. Here's Terry Moe, at the time a Stanford professor and fellow at Stanford's conservative Hoover Institute, "explaining" the issue way back in 2006:

School-board elections are supposed to be the democratic means by which ordinary citizens govern their own schools. The board is supposed to represent “the people.” But in many districts it really doesn’t. For with unions so powerful, employee interests are given far more weight in personnel and policy decisions than warranted, and school boards are partially captured by their own employees. Democracy threatens to be little more than a charade, serving less as a mechanism of popular control than as a means by which employees promote their own special interests.

This refrain has been echoed down through reformster annals-- school boards are the puppets of the teachers' unions, notorious for placing their adult issues ahead of student needs.

Reformsters also push the idea that mayoral control, where a locally-elected school board is swept aside so that a dashing chief executive can take control, is just more efficient and really helps Get Things Done. Here's the Center for American Progress making their case:

There is evidence that districts operating under mayoral control may spend their money differently, more strategically, and with a greater focus on the classroom than districts governed by elected boards.

CAP, like all mayoral control fans, has to acknowledge that in some places it has crashed and burned spectacularly, but they still argue that "in the right cases, however, mayoral control can be a catalyst for reform."

Reed Hastings famously argued that school boards are too unstable to run a school district, that all that constant electing means that they change direction and alter policies based on what the electorate demands. Charters are better because their boards don't answer to the voters.

Hastings acknowledged that reformsters couldn't just go out and argue for the end of elected school boards, but the stable governance and steady improvement of charters would eventually allow them to glom up 90% of all students, effectively replacing public schools subject to elected governance.

And for some reformsters even that is not enough. The concept of the Achievement School District is to create a state-level school district run by a state-level czar-- well, not so much "run by" as "brokered out to private education businesses."

And in Michigan, the pattern has become to put state-hired emergency managers in charge of everything from school systems to cities to basic utilities (with the power to decide what constitutes an "emergency" resting with the state). It hasn't gone well for cities like Flint or school systems like Detroit, but Michigan government still hasn't called for an end to emergency managers.

Now, I could take a side trip pointing out how all of these arguments are specious, based on failed premises and providing failure as results. But that's not where we're headed today. Instead, I want to ask a far more disturbing question.

Exactly how much democracy is too much.

Currently, the answer is mostly that school board election level local democracy is too much democracy for Some People, and that all by itself establishes a hugely disturbing principle, the principle that here in the United States of America, authorities can somehow decide that some of y'all aren't entitled to democracy any more, that you lost your right to vote, that you need to have things decided by your Betters. That principle plus racism equals hugely wrong policy.

So how much democracy is too much?

If the voters' judgment results in a school board whose power must be superseded by other officials, why not do the same for state legislatures, which are subject to all the same problems. Why not do the same to state legislatures, to Congress, to every elected office in the country? Is there anything to point to that says clearly that getting rid of democracy for running school systems is on the other side of a clear line that should not be crossed? Can you explain clearly why a locally elected school board should be done away with, but a locally elected legislature should not?

It is ironic and scary to find us walking down this road these days because the idea that we just need a Big Strong Superman who can get in there and Get Things Done without being hampered by rules and the vagueries of democracy-- well, we're now facing an entire Presidential campaign based on that exact theory, and some of the same people who are horrified at the notion of elected Donald Trump as Beloved Leader also love the idea of having Rahm Emmanuel run Chicago schools instead of locally elected school boards.

I'm not a big fan of slippery slope arguments, but this is not so much a slippery slope argument as it is fruit of the same tree. Either you believe that our American notion of democracy is a valuable bedrock principle of our nation and is to be cherished and preserved even when it is messy and annoying, or you believe that some people are better than others, and the people who are better should be given relatively unfettered freedom to do what they know is right without the interference or distraction of messy democracy giving voice to people who should just sit quietly while their Betters run things.

Yes, we have always struggled with some version of this, as might be expected in a country founded by men who articulated great ideas that they couldn't quite live up to themselves. Nevertheless, this country's stated bedrock principles do not include a dedication to just a little democracy. It has been a long and hard struggle to extend the principles of democracy to all of our citizens. Is there really a compelling argument to move backwards? I don't think so.
Posted by Peter Greene at Saturday, October 01, 2016