The feds have released their rules governing teacher preparation programs, and they are just as stupid as they have promised to be all along.

How stupid? Kate Walsh of the impossible-to-take-seriously National Council on Teacher Quality saw the rules and pronounced them even "better" than she had expected, with extra-super-accountability. 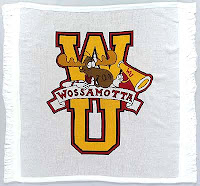 The genius portion is the part that links college teacher program ratings to student results on the Big Standardized Test. Chris goes to Wossamotta U's teaching program, then gets a job at Struggling High School, where Chris is assigned the bottom rung on the remedial track. Chris's students do poorly on the BS Test, and therefor Wossamotta U's teacher program is downgraded, perhaps even loses some of its nifty federal grants. But wait-- it gets worse-- imagine that Chris is a shop or history teacher, in one of those states where Chris's VAM score is based on students Chris doesn't have in class taking a test about subject matter that Chris doesn't teach. And now Wossamotta U's teacher program still gets downgraded.

There are a couple of obvious outcomes of a policy like this, the most obvious and damning being that if Wossamotta U's program wants to survive, it has to avoid sending its graduates to low-performing (aka poor and under-resourced) schools. And since teachers most commonly teach somewhere near their community of origin, that means Wossamotta U will definitely consider not accepting students from poor and under-resourced communities.

This is a terrible, terrible, counter-productive, stupid idea, basing the evaluation of a system on bad data that is three or four degrees of separation away from what we're trying to evaluate and completely beyond the control of the program being evaluated.

But let's pretend it isn't. If this is actually genius, then maybe we can apply the same principle of long-distance evaluation in other ways.

Let's evaluate all college programs based on this sort of reasoning. Let's check on how nice a home each graduate lives in, and how attractive their spouses are. After all, if the graduates are living in lousy housing with an ugly partner, or no partner at all, that represents a failure of their college degree.

Let's try this with medicine. If people are well-cared for, then that healthiness should influence their immediate community. So let's evaluate your doctor based on the number of times that an ambulance is called to your neighbor's house.

Or evaluating parenting. If I'm a good parent, then my child will seek out a good partner, who will themselves have a good parents, whose good parenting should apply to all of their children. So my parenting can be effectively judged by looking at the annual income and number of arrest warrants for my child's brother-in-law.

The new federal rule also suggest that we have not yet fully tapped the valuable data generated by a badly-written narrow standardized bubble test taken by bored children who may or may not even try. This data is magical and wondrous, so let's really put it to work.

Of course, we could also use test results to evaluate the work of officials who set education policy, and if test results fail to go up annually, we could simply fire all those officials, whether they are officially appointed ones like John King or unofficially self-appointed ones like Bill Gates. But that would just be crazy talk. Almost as crazy as doing an actual evaluation of tests themselves. Those holy instruments may be used to evaluate everything in sight, but the sacred magical tests themselves must never be questioned, remaining in place as the twisted foundation of one wobbly edifice after another.