I never had a name for it. But there was a frustration, something like anger and a kick in the gut, that I was being required to do things as a teacher that I knew were bad practice, not just useless in achieving success, but detrimental to my students. 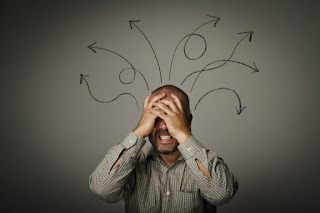 I first encountered the term "moral injury" in writing about the medical field (in an article no longer accessible on line). But I recognized it immediately from the last many years of my teaching career, and I think it's a useful concept to add to the whole "Is it low morale, or burnout, or what?" It has roots in work with soldiers and veterans and is sometimes connected to PTSD.

Moral injury is the social, psychological, and spiritual harm that arises from a betrayal of one’s core values, such as justice, fairness, and loyalty.
Or this one from Syracuse University's Moral Injury Project:
Moral injury is the damage done to one’s conscience or moral compass when that person perpetrates, witnesses, or fails to prevent acts that transgress one’s own moral beliefs, values, or ethical codes of conduct.
There's no question that teachers do not deal with the kind of intense moral stress experienced by a soldier bearing arms in the field of battle. And I am naturally dubious about attempts to give Things That Happen In Life a fancy nametag and scholarly attention. But I still think the concept of moral injury is a useful model for teachers (and others) in understanding why the work they took on with such high hopes and great dreams has begun to make them feel bad.
I used to make my students a promise every fall--that I would never knowingly waste their time and that everything I asked them to do would have a useful purpose (and that I was prepared to explain that purpose). Then came the Big Standardized Test, and I was told that I should emphasize how very important these tests were --except, of course, they weren't. Certainly they weren't important for the students' learning. I was required to break my promise--to waste their time--and expected to lie to them about it, or, alternately, act counter to the directives and leadership of my bosses. Either way, I was going to run counter to core values about my professional role.
With time, there was more. "Here are some 'coaching' books," they said. And there they were--pages and pages of short article excerpts paired with multiple questions. Workbooks that served no purpose except test prep. Days of teaching lost to test prep tests--tests that had no purpose except to target students who might fall on the line between proficient and not, so that we could hammer them with more test prep and maybe get our numbers up.
And all of this wasn't just a waste of their time (and mine), but it crowded out things that would have been, in my considered professional opinion, useful and worthwhile. Most of my career I worked to become more efficient each year and thereby squeeze just a little more educating into my 178 days, but in the last years in the classroom, I switched to damage control, to minimizing the erosion, no longer asking what I could add, but what I could cut with the least damage (while simultaneously trying to gauge just how insubordinate I could afford to be).
Moral injury is said to have multiple effects, including depression and "serious distress." My last few years on the job, I was just angry most of the time (just go back and read this blog from the years before I retired and see how permanently pissed off I was--not that I'm all sunshine and cream now, but back then it was on another level).
We can call it burnout or low morale or moral injury. Burnout suggests that something inside the teacher just couldn't take the pressure, without looking at where the pressure comes from. Low morale suggests that administrators aren't having enough pep rallies. Both of those terms nod to the unique stress these days that come from a nation of people and politicians yammering about how awful teachers are. And all that is before we pile on the issues related to teaching in a pandemic.
But moral injury points to another source of stress--teachers being asked to operate contrary to their professional values. About the only attempt to address that has been to try to get the teaching profession to change its values, to try to crank out new teachers who believe that aligning to the standards so that you can more effectively teach to the test--that's what good teaching is. I'm not sure how effective they've been in selling this new model of teaching values, but it certainly doesn't seem to be a model with great recruiting power, as witnessed by the steady drying up of the teacher pipeline.
Teaching is not simply some kind of technical job; it has a strong moral component that requires teachers to bring their values to work. When the job, either on the national or building level, requires them not just to leave those values outside the classroom, but to actively violate them, then you get the kind of massive job dissatisfaction we're seeing these days.
None of this may fix anything, but it may be useful to give it a name.