Vouchers Are About Abandoning Public Education, Not Freeing Parents

As the GOP mounts a multi-state initiative to implement vouchers or super-voucher education savings accounts in many states across the country, it's becoming increasingly clear that we've been looking at the voucher movement through the wrong lens (which is to say, the lens that voucheristas have promoted).

Vouchers are not about freeing or empowering parents. They are about empowering private interests to chomp away at the giant mountain of education money in this country. They are about dismantling any sort of oversight and accountability; it's striking how many of these voucher bills/laws very specifically forbid the state to interfere with the vendors in any way, shape or form.

Think of voucher programs this way. 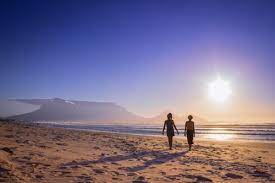 The state announces, "We are dismantling the public education system. You are on your own. You will have to shop for your child's education, piece by piece, in a marketplace bound by very little oversight and very few guardrails. In this new education ecosystem, you will have to pay your own way. To take some of the sting out of this, we'll give you a small pocketful of money to help defray expenses. Good luck."

It's not a voucher system. It's a pay your own way system. It's a you're on your own system. The voucher is not the point of the system; it's simply a small payment to keep you from noticing that you've just been cut loose.

Freedom and empowerment will come, as always, in direct proportion to the amount of money you have to spend.

The voucher amount will dwindle. That amount is based on what the public school system spends to educate a child, and taxpayers will shrink that amount going forward as the schools themselves shrink to holding facilities for students who can't find a private vendor to accept them, or whose parents can't afford what the voucher won't cover. And remember, we've seen this movie before-- after Brown v. Board of Education, white families in some states moved their children into private segregation academies, and then they cut public school taxes (because why keep paying taxes on the system that your child no longer uses).

Vouchers are the tail, not the dog. They are the public-facing image of privatization-- and not just privatization of the "delivery" of education. Voucherization is also about privatizing the responsibility for educating children, about telling parents that education is their problem, not the community's.

We need another term for discussing this family of policies; "voucher" doesn't begin to capture what's truly at stake. I can imagine a world in which charter schools are a viable, even useful part of a robust public education system; it's not at all the world we currently live in, but I can imagine it. But the system that voucher proponents want is absolutely incompatible with a functioning public education system. And it has nothing to do with freedom.