Teachers in the Statehouse

Something extraordinary has happened this month in Pennsylvania. Jerry Oleksiak, one of 2016's scariest people and friend of this blog, has stepped down from his position as head of PSEA, the state teachers union. And he did it for the most unusual of reasons-- Pennsylvania Governor Tom Wolf selected Oleksiak to serve as his secretary of labor and industry. 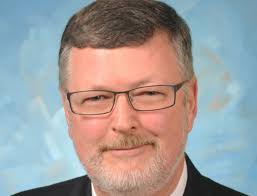 Oleksiak was a classroom teacher for 32 years, teaching special education in the Upper Merion school district of PA. He's been a union official for several years. And now he's the Pennsylvania Secretary of Labor and Industry.

We've certainly seen teachers move up into elected office. Oklahoma just elected a retired teacher to fill the scandal-stained spot of a GOP lawmaker, and many other OK teachers are running for office. Oh, no, wait-- that was the special election back in July. The special election that just happened is this one, in which a teacher won with 60% of the vote.

But even I was surprised to see a governor of a state reach down and select a teacher for appointment.

I mean, I shouldn't be. Lord knows we've seen an unending parade of people with no education background appointed to state level positions. But it's true-- even I reflexively assume that when folks want someone to come run  an arm of government, they don't call on teachers. "This part of our state government is a mess. We'd better get a teacher to come in here and fix it," said pretty much nobody ever.

Yet we think nothing of saying let's get an economist or a banker or (God help us) a business person.

The reaction to Oleksiak's appointment, even among teachers, is a measure of the profession's lowered esteem (and self-esteem). Why would teachers be represented in capitols so much less than, say, lawyers and doctors? Why is it that "appointing a teacher" usually means some kind of cute mascot job like the Teacher Ambassadors of the USED which are a nice idea and no, wait, they are not, because it's the education department and teachers should not be invited to come hang out as honorary advisers-- they should be tagged to come run the place. And not just that department, but lots of other departments across government.

Teachers have management training with the most challenging of co-workers. We handle money, work with budgets, find creative ways to fund things (sure, it's all with the decimal point a little further to the left than in government, but still). We collaborate and compromise, and most of all, we have a broad background of knowledge across many fields combined with an intimate knowledge of how policies play out for real people on the ground. There really is no reason for anyone, including teachers, to think of government work as somehow out of our league. Certainly teachers, like other folks, may look at government work and find that it's far less appealing than their regular day job. But that's no reason not to ask, to just automatically rule teachers out.

The teachers of Oklahoma have finally gotten so sick of their legislature that they are mounting a multipronged attempt to simply take it over. God bless them. And God bless Jerry Oleksiak, for reminding us that there's no reason a governor couldn't pick up the phone and say, "I want to come serve in my cabinet."
Posted by Peter Greene at Thursday, September 14, 2017