This week, the Education Delivery Institute is delighted to announce a new book/marketing initiative co-authored by Nick Rodriguez, Ellyn Artis, and Sir Michael Barber. Rodriguez and Artis may not be familiar to you, but Barber is best known as the head honcho of Pearson. So you know where this is headed. 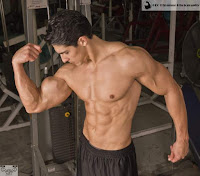 This is Nick Rodriguez, a personal trainer in Houston. Not the same guy.

Their new book has the more-than-a-mouthful title Deliverology in Practice: How Education Leaders Are Improving Student Outcomes, and it sets out to answer the Big Question:

Why, with all the policy changes in education over the past five years, has progress in raising student achievement and reducing inequalities been so slow?

In other words-- since we've had full-on reformsterism running for five years, why can't they yet point to any clear successes? They said this stuff was going to make the world of education awesome. Why isn't it happening?

Now, you or I might think the answer to that question could be "Because the reformy ideas are actually bad ideas" or "The premises of the reforms are flawed" or "The people who said this stuff would work turn out to be just plain wrong." But no-- that's not where Barber et al are headed at all. Instead, they turn back to what has long been a popular excuse explanation for the authors of failed education reforms.

"Well, my idea is genius. You're just doing it wrong!" is the cry of many a failed geniuses in many fields of human endeavor, and education reformsters have been no exception.

Just an implementation problem. As in, don't implement these into your digestive system.

I have trouble wrapping my head around the notion that implementation is somehow separate from conception. Cold fusion is a neat concept, but the fact that it cannot actually be implemented in the world we physically inhabit renders it kind of useless. Politics are particularly susceptible to the fallacy that My Idea Is Pure Genius and if people would just behave the way I want them to, it will all work out brilliantly.


The implementation fallacy has created all sorts of complicated messes, but the fallacy itself is simply expressed:

There is no good way to implement a bad idea.

Barber, described in this article as "a monkish former teacher,"  has been a champion of bad ideas. He has a fetish for data that is positively Newtonian. If we just learn all the data and plug it into the right equations, we will know everything, which makes Michael Barber a visionary for the nineteenth century. Unfortunately for Barber, in this century, we're well past the work of Einstein and the chaoticians and the folks who have poked around in quantum mechanics, and from those folks we learn things like what really is or isn't a solid immutable quality of the universe and how complex systems (like those involving humans) experience wide shifts based on small variables and how it's impossible to collect data without changing the activity from which the data is being collected.

Barber's belief in standardization and data collection are in direct conflict with the nature of human beings and the physical universe as we currently understand it. Other than that, they're just as great as they were 200 years ago. But Barber is a True Believer, which is how he can say things like this:

“Those who don’t want a given target will argue that it will have perverse or unintended consequences,” Sir Michael says, “most of which will never occur.”

Yup. Barber fully understands how the world works, and if programs don't perform properly, it's because people are failing to implement correctly. 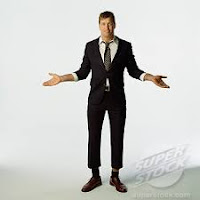 Nothing wrong with the suit. It's just an implementation problem.

Fortunately, Barber has a system for fixing the implementation issue.

According to this piece in the Economist, Barber was early on inspired by a 1995 book by Mark Moore, Creating Public Value, a work also popular in the Clinton administration. Pearson went on to develop his own version of How To Get Things Done, which supposedly was at first mockingly called Deliverology, a term that barber embraced. Google it and find it everywhere, generally accompanied by some version of these steps (here taken from a review of the new book): 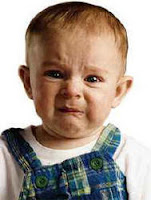 You're going to what with a delivery unit??

There are so many things not to love about this approach. Personally, I'm very excited about working as part of a Delivery Unit, and look forward to adding Delivery Unit to my resume. And "a coalition that will back your reforms" sounds so much nicer than "posse of yes-persons." I don't really know what "reach the field at scale" is supposed to mean, but it sounds important! Nor has it escaped my notice that this whole procedure can be used whether you are teaching humans, training weasels, or manufacturing widgets.

But the most startlingly terrible thing about deliverology is that it allows absolutely no place for reflection or evaluation of your program. Surround yourself with those who agree. Anything that gets in your way is an "obstacle." And at no point in the deliverology loop do I see a moment in which one stops to ask, "So, is our set of goals actually doing anybody any good? Let's take a moment to ask if what we're trying to do is what we should be trying to do."

This is another problem of implementationism-- the belief that implementing a program is completely separate from designing and creating it in the first place. Implementation should be an important feedback loop. If you start petting your dog with a rake and the dog starts crying and bleeding, the correct response is not, "We have an implemention problem. We'll need to hold down and silence the animal so that it doesn't provide a barrier to implementing our rake-petting program."

No, the proper response is, "Holy hell! Petting my dog with a rake is a turning out to be a terrible idea! I should start over with some other idea entirely!" 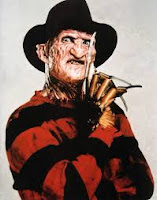 My dates all end badly, but I'm sure it's not me. Must be an implementation problem.

What these ill-fated approaches do is allow guys like Barber to focus attention everywhere except the place where the problem actually lies.

If I develop a cool new unit for my classroom, and it bombs terribly, I can certainly look at how I implemented and presented the unit. But I would be a fool (and a terrible teacher) not to consider the possibility that the unit just needs to be heavily tweaked or just plain scrapped. As long as Barber and his acolytes insist that there's nothing wrong with Common Core or high-stakes testing or massive data collection to feed a system that will allow us to tell students what breakfast they should eat, they will face an endless collection of implementation problems.


If the Titanic had never hit an iceberg on her maiden voyage, she might have looked like she was having no implementation problems at all. But between her bad design and inadequate safety measures, some sort of disaster was going to happen sooner or later.

Five years (at least-- depending on how you count) of reformster programs have yielded no real success stories. This is not an implementation problem, and reformsters have to look at that and consider the possibility that their beloved reformy ideas have fundamental problems. To be fair, some have. But those who don't simply can't be taken seriously. Even if they write books.
Peter Greene at Saturday, September 12, 2015
Share